On Monday 5th, Friday 9th November and Thursday 15th November, the Partake Theatre Company took the Year 3 children from Bourne Elsea Park C of E Primary Academy and Bourne Abbey C of E Primary Academy on an Ancient Egyptian Adventure they would remember for a very, very long time. Over the course of the three days, they took part in a variety of workshops that (almost literally!) bought the topic to life.

It all began with a sniffing session. During this workshop, we used our sense of smell to help us learn about the spices that were used during Ancient Egyptian times. We closed our eyes and took great big sniffs of the different spices and thought about what those smells reminded us of, and where we might have smelt them before. We thought some of them smelled like washing powder or curries, and a couple even smelt like Christmas! We were incredibly excited to find out if our guesses were correct and we were amazed to find out we had been smelling frankincense, myrrh, coriander, cinnamon and ginger.

Throughout the second session, we relished the opportunity to learn about the thoroughly gruesome and gory process of mummification, including yanking out brains and removing slimy intestines and livers. While acting out the process, we were lucky enough to have real Egyptian artefacts to hold, including: canopic jars, amulets and statues. We were incredibly careful with them as we knew just how precious those artefacts were.

However the highlight of the workshops was the dramatic re-enactment of the Ancient Egyptian Burial Ceremony. To begin the session, each and every one of us had the opportunity to dress up as an Ancient Egyptian with our very own Egyptian collar and belt. We then sat silently and listened to the mystical music as we travelled 3000 years back in time. When we arrived, we heard the devastating news… that young Prince Seti had died. Our work began immediately, chipping away at the stone to crate the burial chambers and decorating the walls with hieroglyphs that told the stories of his short life. Then, we had to mummify the body. A long and onerous task, but one we all felt privileged to be part of. When the body was finally wrapped and prepared, we set sail down the River Nile to the Prince’s final resting place, and we all placed important gifts around his mummified body. We sang and danced to show our grief and said our final prayers as we sealed the tomb and sat in silence, with only the light of the flickering candle to illuminate our surroundings.

When we opened our eyes, we had travelled back to present day Bourne, but we couldn’t stop thinking of what we had just experienced.

Miss Lorna Ockwell, Assistant Head, said “The children had a fantastic time with Mr and Mr Adby, and the Partake Theatre workshops have definitely given our That’s Not My Mummy topic the WOW! Factor”. 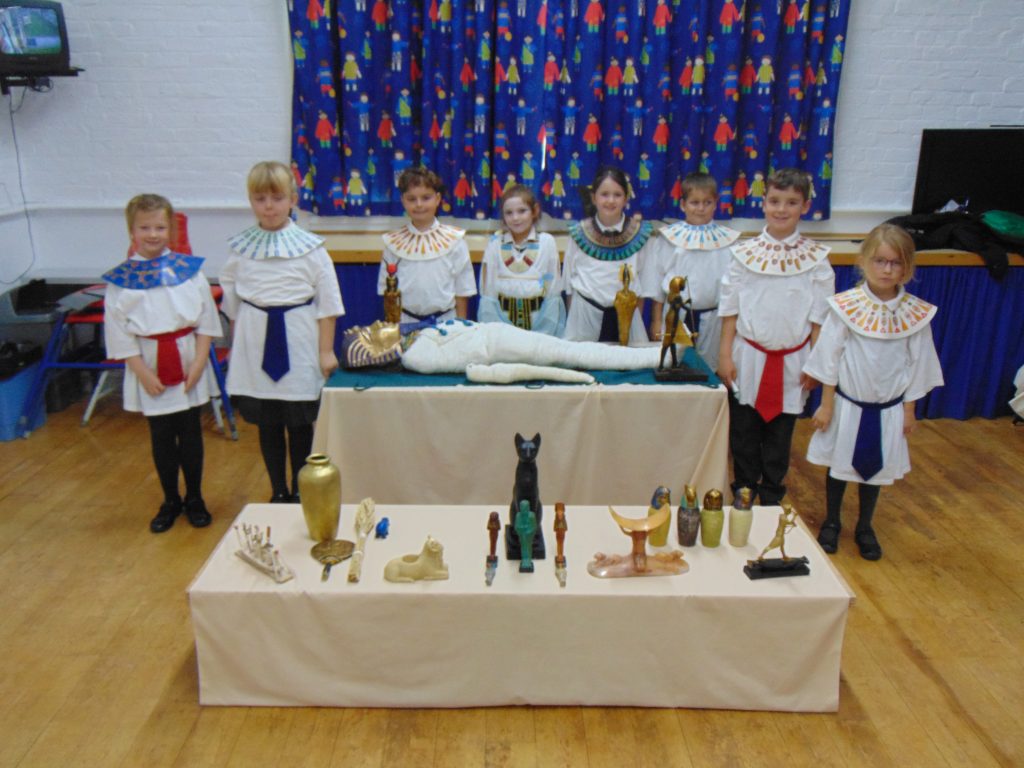 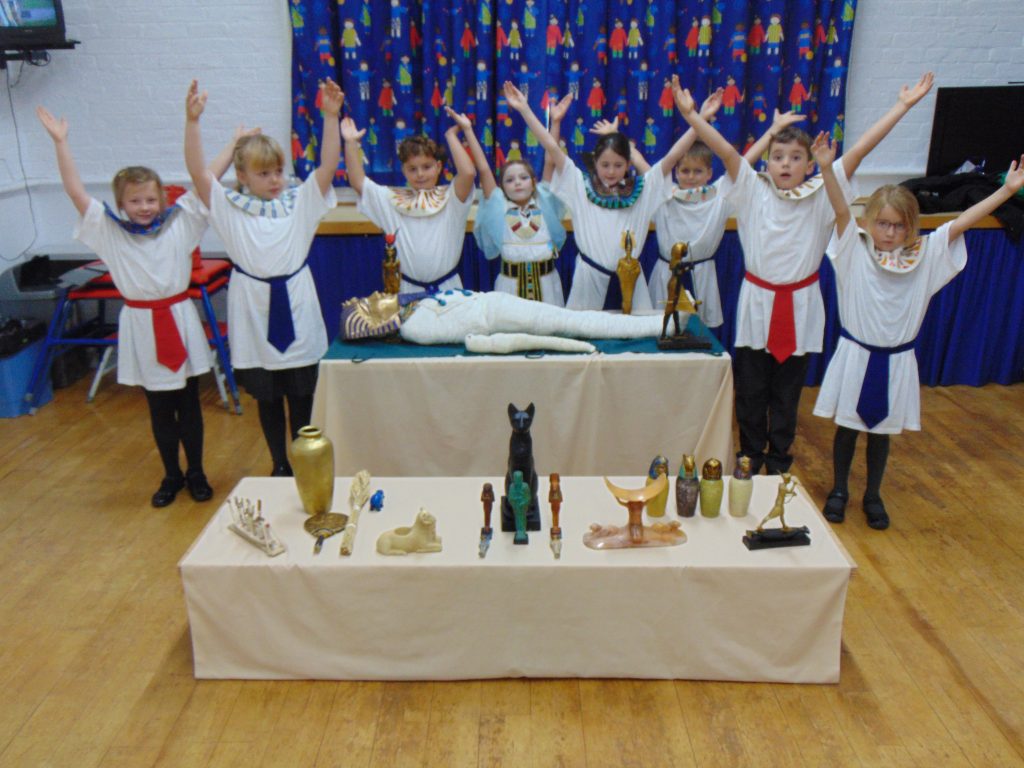 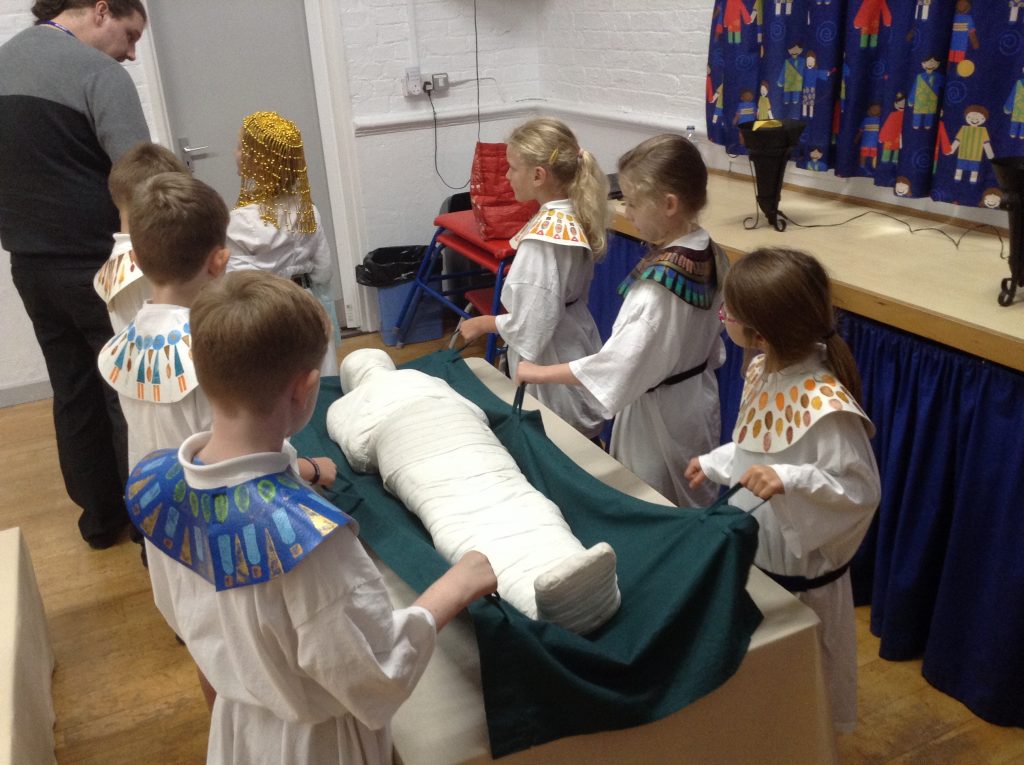