Welcome to the jungle!

This Monday morning the children of Bourne Abbey received news that some of the teachers had been playing a board game on Friday night, however they were unable to finish the game.  Unknowingly, this had released a whole host of mischief in and around the school and playgrounds.

The teachers didn’t realise that this game had opened up a spectacular world of animals, vines and creatures, the like which have never been seen in Bourne before!!

Bravely and with great courage, the children all visited the hall looking for clues and an explanation of exactly what had happened over the weekend, there were even reports of a gorilla being sighted on the school grounds!

Fortunately, the teachers managed to complete the game which they left unfinished on Friday and this seems to have changed everything back to normal.  What’s more, the children have created some wonderful pieces of writing to document the experience.

It really IS a jungle out there!! 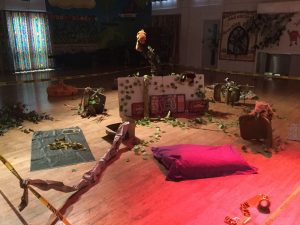 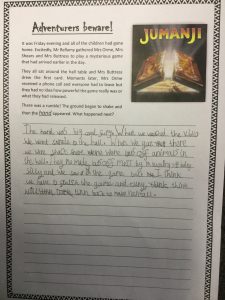 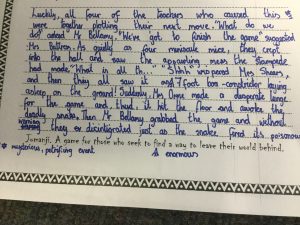