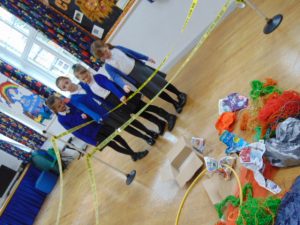 Wow have we had an interesting start to term 4! Year 4 have discovered a crash scene at Bourne Abbey! Firstly, Year 4 were shocked to find a news flash about a strange appearance in the sky over Bourne this morning. Next, we found out that all the hoops had gone missing when Mr Shore went to begin his PE lesson. Not only this but Mr Pateman heard funny sounds coming from the recycling bins! Each class investigated the scene, looking for clues to help them find out what might have happened! All children used the facts they knew and clues they had found to create a TV news report to tell all other children at Bourne Abbey about the odd events. Year 4 seem to think an alien may have accidentally landed on the school property! It is their job to now contact the AOA and write a letter to inform them (Alien investigation association) of the crash scene, who will need take the lead of the investigation. Angelia ,a member of 4H explains how they felt when they found the scene ‘I felt worried and curious. I wanted to find out what was happening. This isn’t a normal occurrence at Bourne Abbey!’ 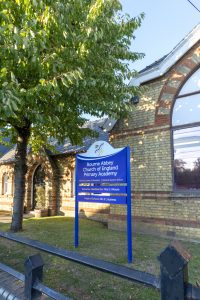 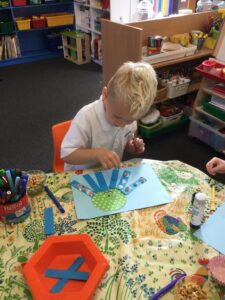